Building an email list is always a top priority when it comes to building an audience/business online. Whether your selling physical products (eCommerce) or digital products like digital magazines and courses, the email list is usually the lifeblood of the business!

This case study is going to dive into Foundr Magazine’s Contest which generated over 13k emails in 10 days.

Foundr Magazine is a publication but really a digital thought leader in digital marketing and entrepreneurship. They’ve interviewed entrepreneurs like Richard Branson, Gary V, Seth Godin and a few other greats!

You must be thinking, so why did they use VYPER? Well, they needed to grow their email list! So we worked with them on setting up a viral contest that tied in with the launch of their eCommerce course Grow & Scale.

See behind the scenes of this hugely successful giveaway, stats and all! We kept it short, sweet and direct, should only take you 2 min to read 😉

1.Why did you decide to run a contest?

2. What expectations, KPI’s and goals did you have/set for your contest?

We didn’t even realize that VYPER was going to increase other areas of our business like social followers/engagement and website traffic/engagement.

3. What was your proudest achievement from the campaign?

For us, it would have been the engagement on a blog post. It received over 500 comments and remains one of the most popular we have ever published.

This helped to build exposure on the post, traffic to the website and social validation through mass engagement stats! Looks great when people now naturally find the blog post.

4. What alternative marketing campaigns have you tried that didn’t work?

Tried other competition software that didn’t have the same “custom” elements as VYPER.

In fact, overall they weren’t as customizable and we just couldn’t create such a strong result, so far I think it’s the best one we have used.

Social followers – Slightly hard to track because our following was relatively high across most channels (VYPER added social following tracking after our contest).

Traffic increase – Not sure (should have placed the Google Analytics code in the custom code area within the dashboard, would do that next time).

Customers/sales/rev – Was hard to track. We had retargeting plus some people were already on our list.

Any other areas you saw growth in – 507 comments on a paid Facebook ad an increase of about 1,000 subscribers on Youtube 19k Facebook views and 232 shares of our promotional video.

6. What are the top 5 things you learned from running a contest?

7. What feature of VYPER did you like the most?

8. What would you do next time you ran a contest?

The image used to share your contest is very important. Thousands of people are going to be sharing it across their social channels so it needs to look good!

9. How did you promote your contest and what worked the best for you?

Have a business of your own?

Foundr Magazine is a great source of information for entrepreneurs and you can find out more at Foundr.com or if you have any questions, get in touch with David, he’s the man! Linkedin.com/in/davidmhobson.

David also published a write up on his experience using VYPER on Foundr as well, take a look. 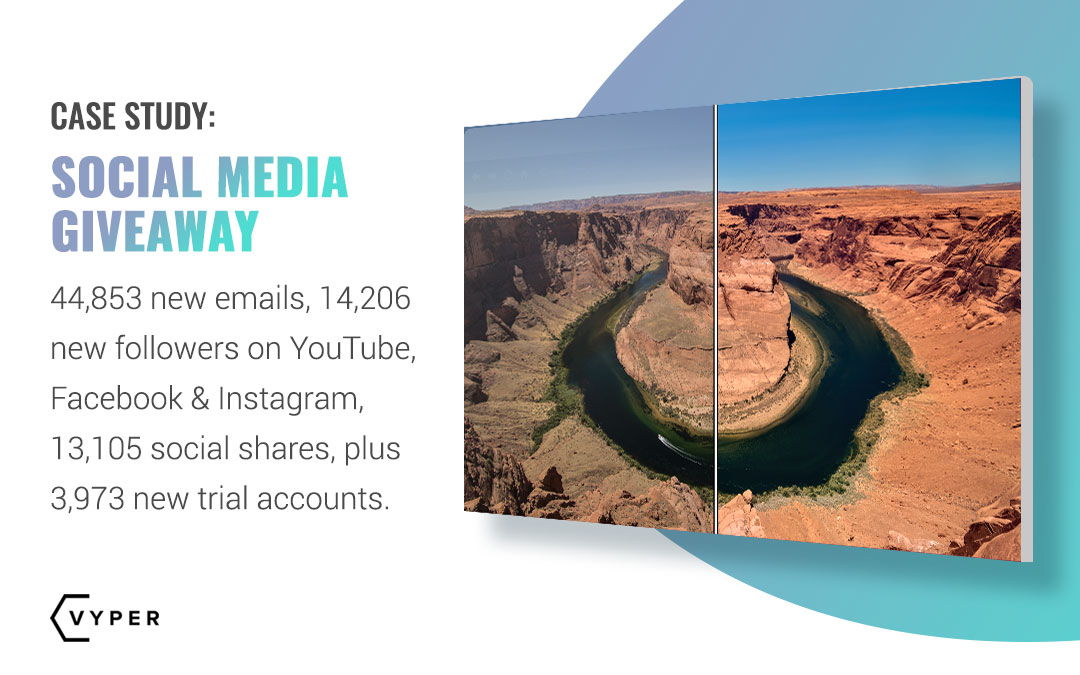